The Fate of a Nation Under the Grip of Tribal Supremacy 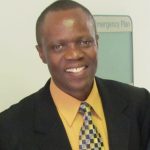 Kenya, like many other countries exemplifies a scenario where the rise of tribal supremacy and identity have seized its political discourse in a dangerous and troubled way. Many times, the shared sense of Kenya’s national unity is usually overshadowed by tribalism and a state of tribal political violence.  This doesn’t seem to bother politicians who usually dismiss such concerns as they rave up their tribal and group instinct appeals. It’s no wonder their calls for national unity rings hollow in a country whose tribal exclusion overshadows the joy and the strength of Kenya’s rich tribal and cultural diversity.

As past past experiences in Kenya have shown, a new constitution and multiparty politics was not the silver bullet that would take out tribalism . Making such assumption, especially in the wake of entrenched and exclusionary tribal privilege and supremacy would be a travesty to the dreams of the Kenyan people who went to great length, irrespective of tribe, to fight for Kenya’s first and second liberation.

President Kenyatta completely missed the tribal supremacy that so often provokes the political upheavals in Kenya when he said that it was about time for Kenyans to elect a president from another tribe. The now infamous handshake beats his logic.

Also the president knew that a rotational presidency is not what ails Kenya. Experts and novices alike know that over 80% of the country’s commercial wealth is controlled by a single tribe in Kenya. The clamor for a rotational presidency in a country with such a disproportionate number of tribal capitalists’ fuels nothing resentment that unquestionably guarantees popular revolt.

To give just one more unfortunate instance, on the eve of the 2002 multi-party elections, Kenyans displayed the tribal pride of group instinct that made Kenya a nation worth fighting and even dying for.  The euphoria surrounding the second liberation seemed to minimize the significance of any tribal tensions. It was a hopeful moment that symbolized a brief democratic optimism. There was hope for burying, once and for all, the nostalgic tribal political dominance that had crippled Kenya for over 50 years. Such futuristic hope however came crushing during the post-election violence in 2017. This was a clear indication that our leaders had once again failed to understand the rich tribal and cultural identities that mattered most to the Kenyan people.

The mantra of Kenya as a nation was well understood during the struggle for independence and freedom from colonialism. Today, it is a nation living in a blinded, almost nostalgic nationalism of yester years. Gone, is the appeal to the inclusionary power of tribal group identities that forged a united shield against white supremacy. Instead, moments of historic transition and democratic optimist have faded under the tragic power of tribal cronyism. It is ironic that political gains of multipartyism and a new constitution have offered little avenue for liberating Kenyans from the shackles of entrenched tribal despotism.

The repeal of Section 2A of the constitution, making Kenya a multi-party state held the hope of rising above the increasingly radical and exclusionary rhetoric of tribal supremacy.  Such hopes were dashed when it became evident that emerging political parties were once again wrapping themselves around tribal flags that did little to ease the fears of tribal dominance. Even the synthetic nationalism that had briefly suppressed the awakening of tribal dominance in pre-independent Kenya collapsed in the wake of tribal fault-lines in the post-independent Kenya.

One only needs to look at the tribal lineage of the post second liberation political parties to understand that tribal supremacy that had been suppressed during the struggle from colonialism seem to have busted their banks and flooded into the foundations of the major political parties. An observation into the voting patterns in parliamentary, civic and presidential elections shades light on how political communication has tactfully been calculated to cement tribal supremacy over other minor tribes.

It may be good political optics for the two protagonists, Uhuru Kenyatta and Raila Odinga to be seen shaking hands, but in light of the events in Kenya, such handshake could as well be a symbol of a country that is under the firm grip of tribal dictatorship. While movements like Bridging Bridges Initiatives (BBI) may be indented to offer tribal inclusiveness, it is overwhelmingly driven and populated by relatively privileged tribal patronage and does not equally represent the marginalized tribes. It is not surprising that such activist initiatives are being opposed by those who feel they are being used as props for tribal kingpins’ political self-validation.

It is no longer surprising that tribal identity politics is seizing Kenyans in a tribally afflicted way. While it may be excusable to make clear-cut visual observation about the dangers of tribal supremacy, some observations are impossible to miss especially in an environment where political leaders, the media and political analysts fail to “objectively” represent the reality of political tribes, group instincts and the fate of the Kenyan nation. There is indeed a clear caption of the untouched centerline on tribal persecution and discrimination that the subdued, almost fearful Kenyans face every day.

Certain “truth” about Kenya’s political landscape is not apparent to the aspiration of most Kenyans. Kenyans are constantly fed with narratives laced with strong ethnic laxative that conceals the systemic failure of government while covering up for wealthy powerful tribal kingpins. The strict surveillance by those in power, and an opposition that relies explicitly on weaponizing tribal tropes to stir ethnic resentment diminished any desire for many Kenyans to vote for their best interests. The expectations of Kenyans can never be guaranteed in a scenario where ruthless repression by government, competes heartlessly with heroes of popular revolt, whose names along the road of history are marked by crucifixes of the slaughtered innocent Kenyans.

While the claim to popular sovereignty through tyranny of tribal dictatorship may sit well with many politicians, such tyranny, in the long run can be a portent force against them, especially when Kenyans exceedingly become aware of the bondage of tribal dictatorship and the possibilities of escaping from its wretchedness.

At this moment, Kenyan’s fledgling democracy sits at crossroads of competing ethnic dictatorships whose grip is defined by an insidious, almost indisputable fear. The big question is, will Kenyans change the ground rules this time around? Will they understand, yet again, the pivotal era in the Kenyan history? Is this the moment for Kenya’s new deal? If as a country, Kenyans wants to rise above the increasingly radical and exclusionary rhetoric of tribal privilege and cultural misuse, it must as a nation rediscover a national identity that transcends political tribal supremacy.  They must not be duped by the current false slogans of national unity which are just another form of tribal divisiveness. Nothing can tell more than a quote from Ira Katznelson’s book “Fear Itself: The New Deal and the Origin of Our time” …… “Fear itself, will, from this moment on, be the place to go for an understanding and making a new deal” ……….…Let fear itself be the moment for Kenya.